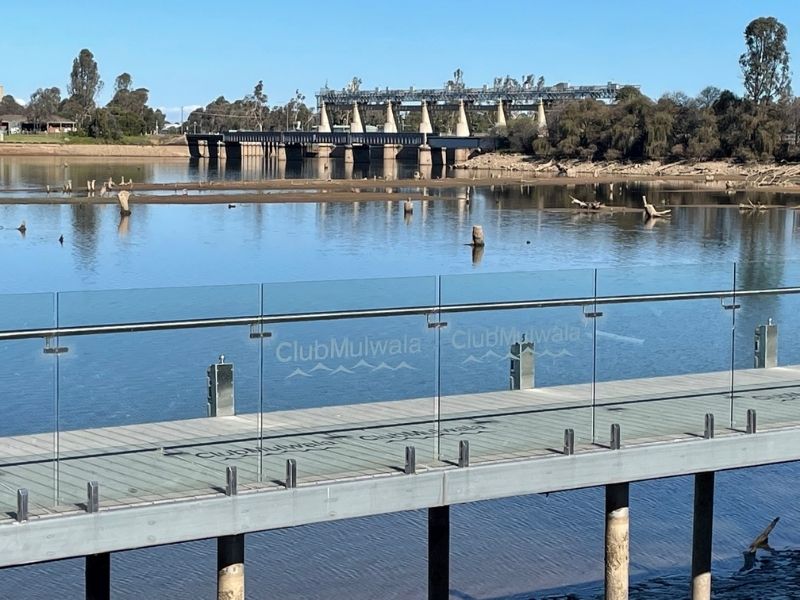 The lake level will drop 5 metres gradually over 4 to 6 weeks, exposing Egeria Densa weed to the air and winter frosts

The authorities expect to return Lake Mulwala to its regular operating levels by early August.

At Yarrawonga Weir the release was increased to around 12,000 ML/day to facilitate lowering of the Lake.

See our Facebook Page for regular photos and updates of the Lake lowering.  It's  a great sight - come along and see for yourself!