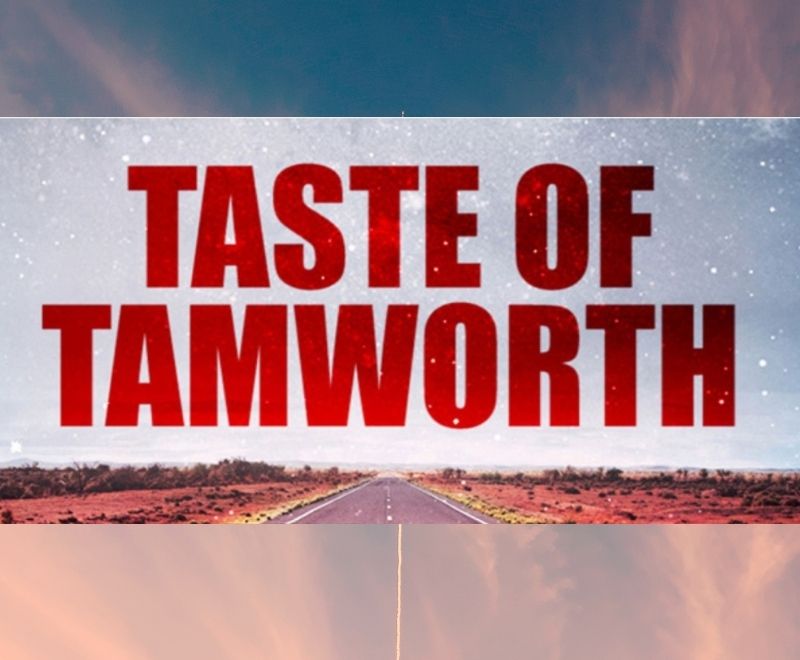 Put three Multi Award Winners together in one big concert, and you’ve got a Taste of Tamworth at its best.

Three Multi- Award Winning acts coming together for one big concert only comes along once a year with the Taste Of Tamworth show.
LIVE & FREE and proudly presented by ClubMulwala, right in your own backyard.

Carter & Carter - Their incredible career continues with 3 awards at the recent Australian Independent Country Music Awards with their single ‘Together We Can’ taking out the Group/Duo, Single and Artist of the Year categories and their latest single ‘We Are Family’ being the most played song on country radio in 2020 . They are the most successful Independent Country Music Act in Australia for the past 20 years and have amassed more awards and more chart success than any independent artist in the history of Australian country music. Their achievements to date include:
• A Golden Guitar
• Twelve National #1 Hits on Country Music Radio plus another nineteen National Top 10 Hits
• An APRA Award for Most Performed Country Work ( won against Troy Cassar-Daley, Sara Storer, Paul Kelly & Lee Kernaghan)
• The CMAA Industry Achiever Award for Independent Entertainer of the Year for three consecutive years
• 15 Australian Independent Country Music Awards - the most of any artist to date

With songs from the heart and borne of their amazing life experiences Carter & Carter continue to make music that makes a difference - telling their story and the stories of those around them as only Carter & Carter can.

Jetty Road - Persistence, hard work and dedication have seen potential grow into success for Jetty Road. This talented trio are stars of country music, have a sound described as a tapestry of pop and country, with a hint of folk. Imagine The Corrs, Fleetwood Mac and The Dixie Chicks with a unique Australian flavour.

Their new album represents an invigoration in sound and musical styling, incorporating the signature Jetty Road harmonies and percussion with evolved songwriting. They go where the music takes them and it delivers an organic, contemporary sound that is exciting and uniquely - Jetty Road.

Lyn Bowtell - “SHE HAS ONE OF THE MOST AMAZING VOICES IN THIS COUNTRY, I LOVE THIS BEAUTIFUL WOMAN AND HER TALENT” – KASEY CHAMBERS
Lyn Bowtell first came to prominence winning the coveted Toyota Starmaker Award. She followed this by becoming one of the main voices and song writers in the multi-award winning country pop group Bella. In Channel Nines season 6 of ‘The Voice’ her amazing rendition of ‘Fields Of Gold’ turned all 4 judges chairs and she went on to feature as one of the prominent vocalists on the show. An innovative song writer and truly gifted singer Lyn has released several albums that draw on country, blues, jazz and pop. Some of her achievements to date include:
• Nine-time Golden Guitar Winner
• APRA Country Song Of The Year Finalist
• Toyota Star Maker Winner
• MO Award Winner
• Featured on Season 6 of ‘The Voice Australia’

She is also part of the Golden Guitar winning group Bennet, Bowtell & Urquhart. With stunning, heartfelt vocals, beautifully crafted songs and world class performance. There are few female voices in Australia to rival the class and style of Lyn Bowtell.

Each act brings their own unique form of music and personality to the stage and then team up for a fun filled finale. This show is has a respected reputation for providing a high quality taste of Australia’s largest festival Tamworth – a taste that keeps people coming back for more. So come along and be part of the Tamworth experience as the artists launch into a string of their National #1 hits and some well known favourites.