Dreams - the Rumours of Fleetwood Mac 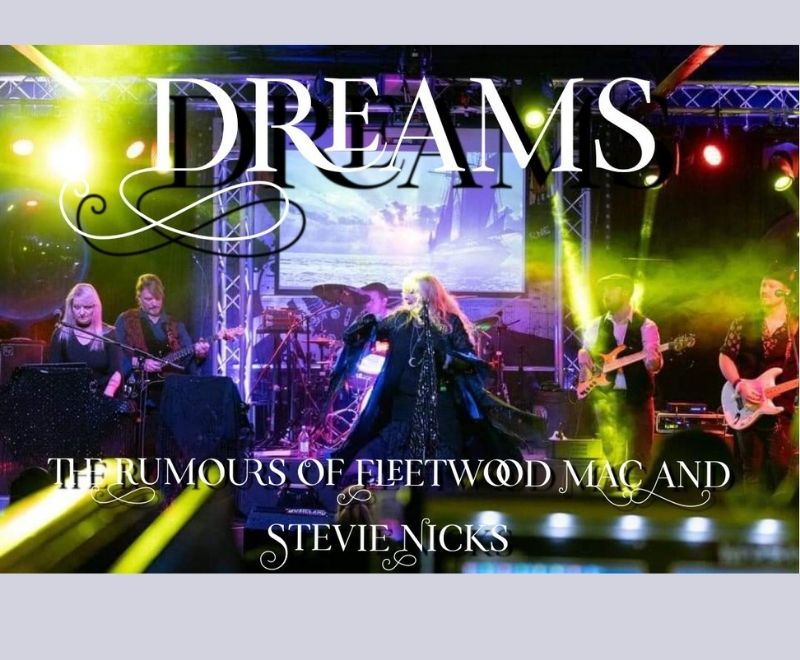 The past 15 years have seen this amazing show rise from strength to strength.

From their very first performance at Crown Casino to all the top Venues in Melbourne and Interstate, Dreams have gained a reputation of integrity, respect and support, from Industry Peers and fans of Stevie Nicks and Fleetwood Mac Australia wide.

As one of Melbourne’s top Tribute Shows, their trademark reputation precedes them.

A dedication to the music and magic of Fleetwood Mac and Rock Queen Stevie Nicks.

The sound, look and theatrical feel of Dreams is what makes this show a standout!

Performing the classic hits songs from The Rumours Album, Tango in the Night, The Dance, and songs from Stevie Nicks solo career.

In 15 years, Dreams has perfected their presentation of this Iconic Band with dedication and passion.

A night with Dreams is outstanding with vocal and character performances from a cast of the most respected, professional, touring musicians in the Melbourne/Australian music scene.

To all the Wild Hearts, we are

Dreams the Rumours of Fleetwood Mac